Bluetooth headsets, once an expensive extra for only the most high-end cell phone users are now ubiquitous. Indeed, many convenience stores sell basic models for under $10, and many cell phone providers now offer them for free as incentives or as part of package deals. However, the needs of the average cell phone user are very different from those of a trucker, who doesn’t need a small device for making calls, but instead a strong, sturdy device capable of keeping him connected at all times. This means it must have a much longer battery life than the sorts of models used by most people, and it also must be able to operate in all weather conditions and be audible even in industrial noise environments. Additionally, these units need to be able to work harder for longer, since a dead Bluetooth headset can be more than just inconvenient for those relying on it for information and safety. This means that truckers just have harsher demands on these devices than regular users.

Fortunately, many manufacturers have stepped up to meet these demands, yet which are not much more expensive than their “civilian” counterparts. These units, designed for heavy-duty work in many situations outside of just trucking, are light enough to be worn all day yet have large batteries and powerful noise cancellation to enable them to function in a rough environment. Additionally, these units are designed to comply with state and federal laws regarding the usage of wireless headsets while driving. Since the usage of some headphones and headsets is unlawful as it prevents the driver from potentially hearing oncoming dangers or warnings, each unit is designed to leave one ear open, to enable the operator to be aware of such noises. 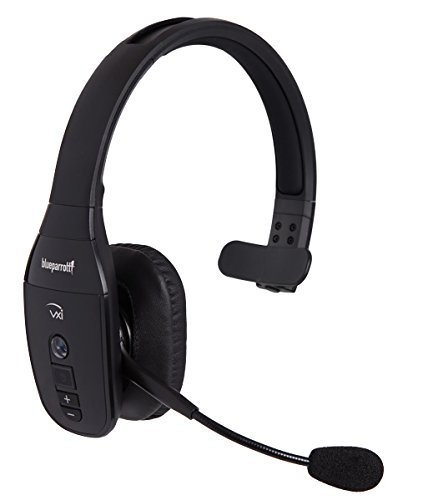 The VXi BlueParrott B450-XT is a headset designed for use in noise heavy environments including those commonly found in commercial trucking. The headset itself is an over-ear design intended to improve noise isolation from the outside and help the user better hear and focus on the situation around them. Additionally, the microphone of the VXi BlueParrott B450-XT has excellent multi-level noise cancellation calibrated to match the human voice, enabling operators to use it in noisy situations where such cancellation is required. This combination results in 96% noise reduction, which is ideal for use around open windows, working engines, and other similar noisy environments. 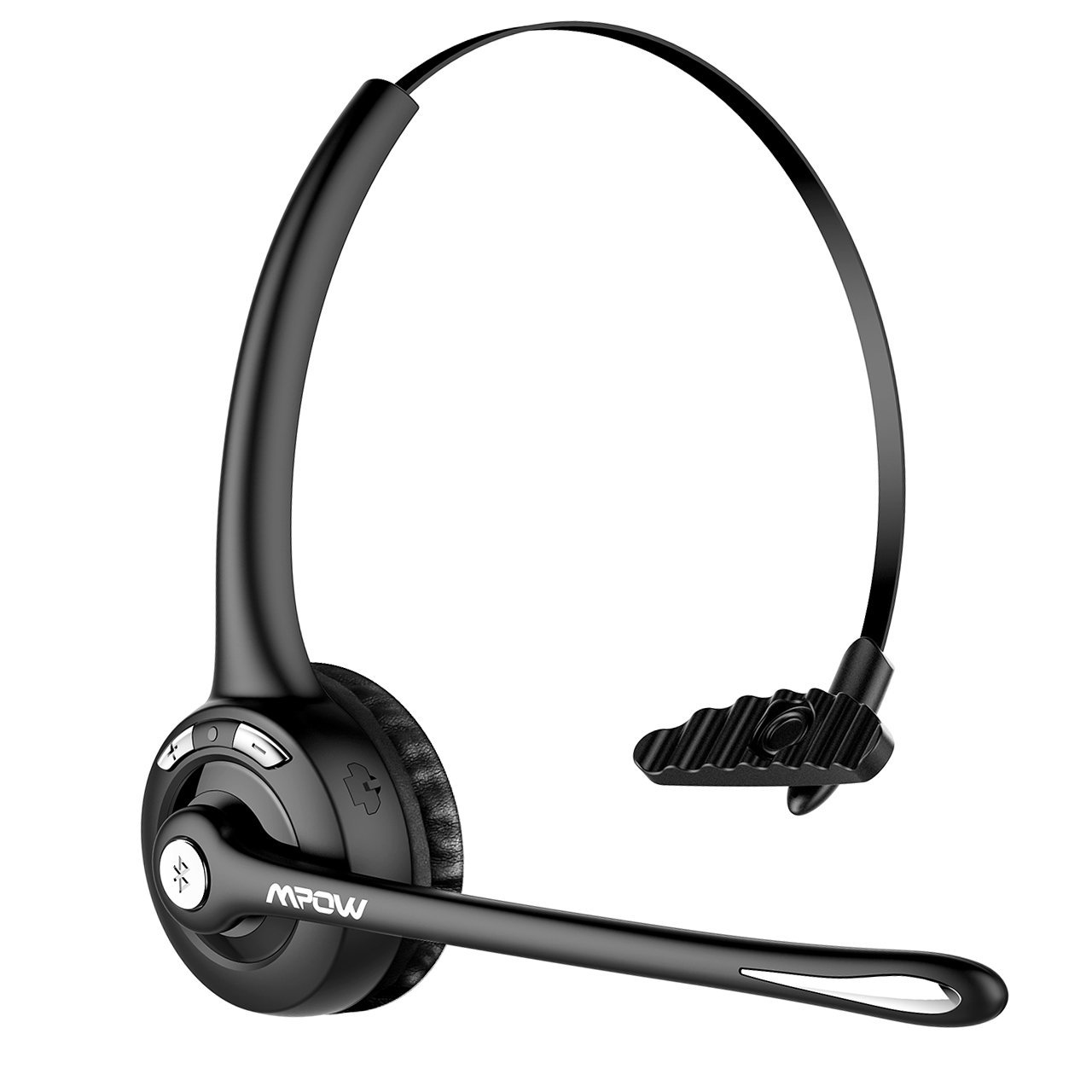 The Mpow is one of the best selling and best rated commercial-grade headsets on the market today. Intended for use in everything from call centers to commercial trucking, the Mpow has a 12-hour battery life when being used and can remain in idle mode for up to 200 hours. This enables the Mpow to be ready to work for as much as a week between charges, leading to it being very popular in situations where it can be difficult to charge or where extended conversations are the norm.

The Mpow uses a 4x noise cancellation system built into the microphone in order to isolate noise and enable the speaker to be heard in all but the noisiest environments. Given the noise inherent in trucking, this level of noise cancellation is all but essential, and the headset also has similar systems to help improve audibility in the speaker itself. Namely, careful balancing and tuning are employed at the software level to boost those sounds which come from the human voice while canceling out others. This makes the Mpow less than ideal for music, but it does mean that the Mpow helps to eliminate any erroneous sound in a phone call caused by the other person’s poor noise cancellation. 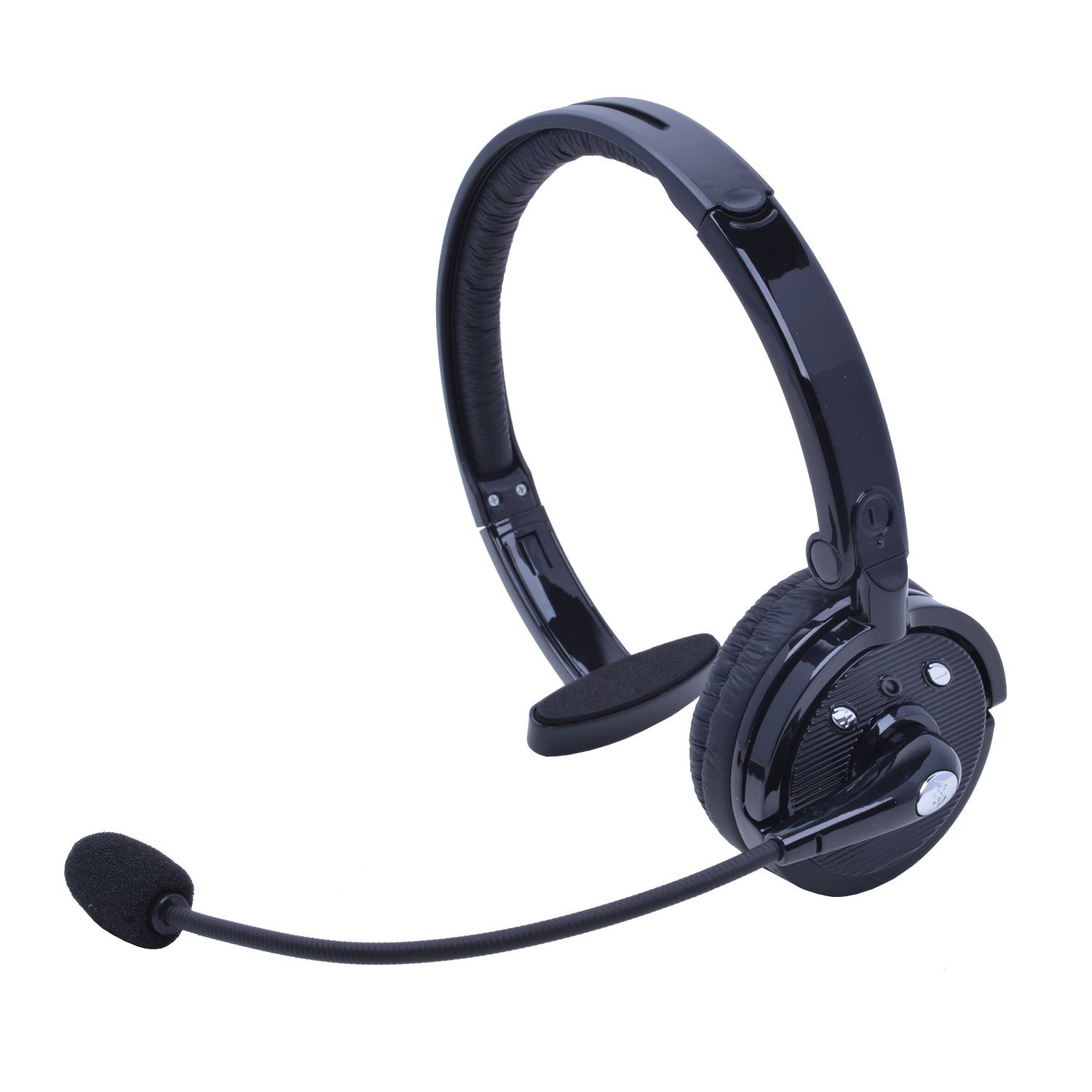 The Stardrift is a high-end unit intended for industrial use. Its simplified and less-than-stylish design hides a powerful battery capable of powering the unit for 13 hours of talk time. The simplicity of the Stardrift design helps make it more rugged and enables it to withstand the sort of bumps and scrapes typical in commercial trucking environments. The Stardrift also has excellent noise canceling software, and its full mic with a foam shield helps pick up the human voice much better than other options. Additionally, the firmware is designed to optimize noise cancellation through filtering and mixing, which helps increase the volume of human speech while decreasing that of surrounding noise for improved audibility.

The Stardrift uses an over-the-ear design to help block out the noise and enhance long-term comfort during periods of extended use. Additionally, it can connect to two devices simultaneously, which makes it ideal for working with multiple systems, such as a GPS and phone. This also makes it ideal for situations where conversations with multiple persons on differing devices, for example, a radio and a phone, is necessary, since it can switch between the two paired devices with the push of a button. Button controls also enable the volume to be adjusted, voice activation to be turned on, and numbers to be redialed without the need of using the actual phone. The Stardrift uses a standard USB Mini connection for both charging and connection to other devices, enabling most standard chargers to be used. 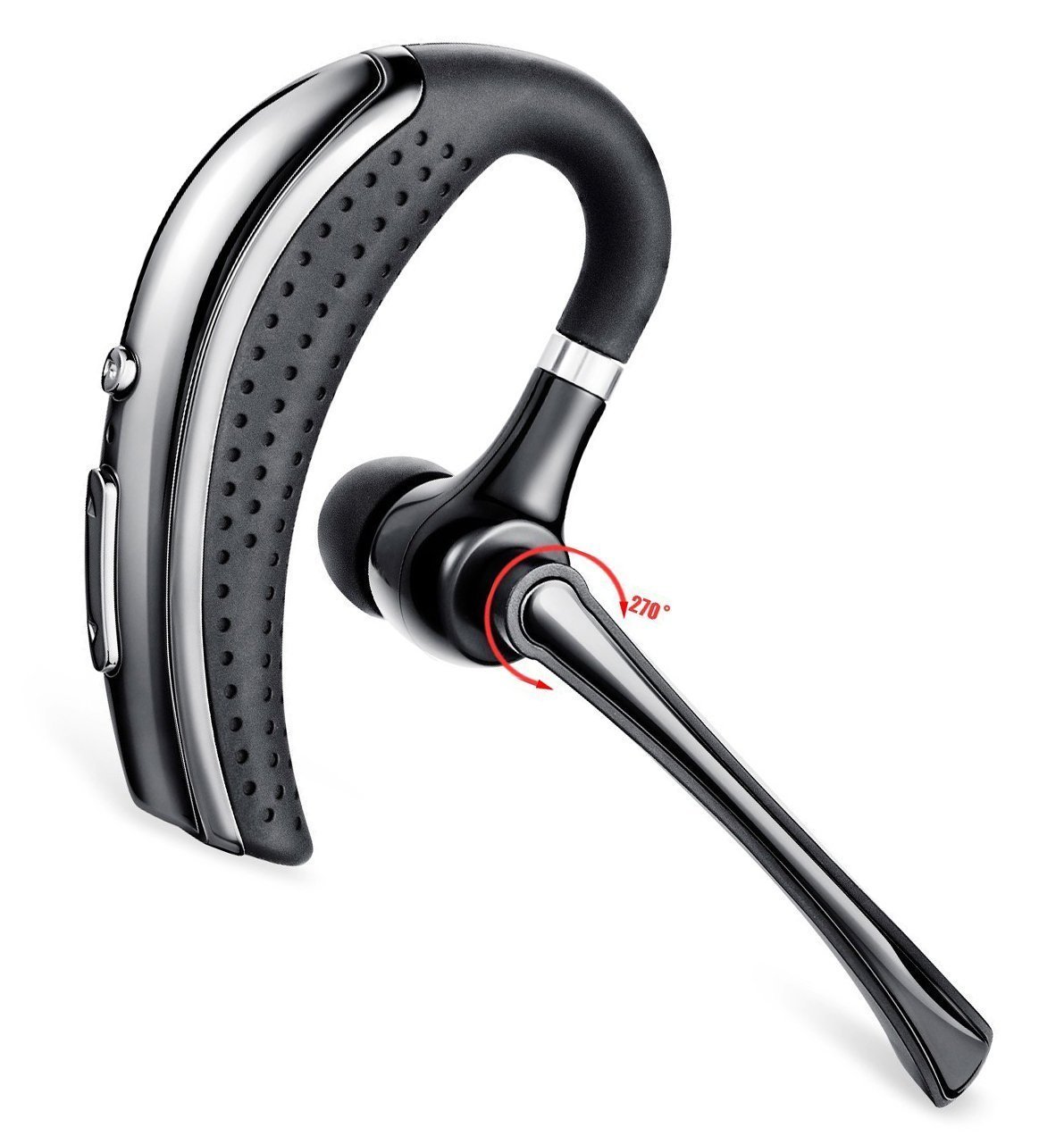 The GXGUS is much more similar to a typical Bluetooth device and is intended for those truckers who need a small form factor but cannot sacrifice performance. Since a microphone stalk is necessary for picking up the user’s voice in a noisy environment while filtering out extraneous noise, one is provided, but it is small and thin enough to be unobtrusive. The GXGUS makes heavy use of noise reduction software, in both the headset and the microphone, in order to help make up for its small size. The in-ear design helps reduce form factor and increase ease of use in tight environments. The GXGUS is ideal for truckers who need to wear some form of headgear, especially helmets since it does not have an over-the-head design requiring the use of the head strap.

Because of its small size, the GXGUS has a small battery and can only hold eight hours of talk time, which is enough for most long conversations but may be inadequate for those needing something that can go for days without charging. The charging port is a standard Micro USB plug and is compatible with a wide range of charging options, and due to the battery’s small size, it can be back to a full charge in under two hours. Despite its small size it is made out of thick, sturdy plastic and can easily resist most impacts and even some light crushing. The GXGUS also supports multi-point connectivity and can be connected to two devices simultaneously, then swap between them at the push of a button.